In the midst of the Civil War, President Abraham Lincoln’s call for a national day of Thanksgiving began a tradition that continues today.  However, he was not the first American President to call for a day of Thanksgiving.  President George Washington did so in 1789 his first year in office. That year our government was seated for the first time under the “new” constitution. The bloody French revolution began.  William Wilberforce began to speak out against slavery.  A Chinese army was defeated and forced out of Vietnam. James Madison introduced the Bill of Rights. There was mutiny aboard the HMS Bounty.  Mrs. Alexander Hamilton served George Washington ice cream for dessert!  And on November 26 the nation celebrated its first Thanksgiving Day.

As I reflect on 2018 there are similar themes. Imperfect governments led by imperfect people govern imperfect people with varying degrees of success.  Wise and often brave people stand with those in need of help. And, fortunately, ice cream is still served for dessert.

Unseen but always present and acting is the eternal God who gave us, imperfect people, the freedom to love and serve him, or not. And when he gave us that freedom, he also provided a solution for our imperfection – His own perfect offering – Jesus.

As you gather this Thanksgiving, I hope you see God’s hand at work in your life, in your family, in our community, nation and world. When you do, offer “thankfulness and praise.” And when you don’t, pray that God would open your eyes to the opportunities to love and serve Him by loving and serving others. 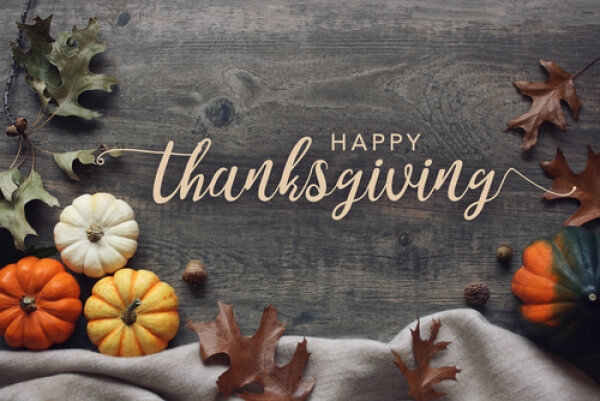